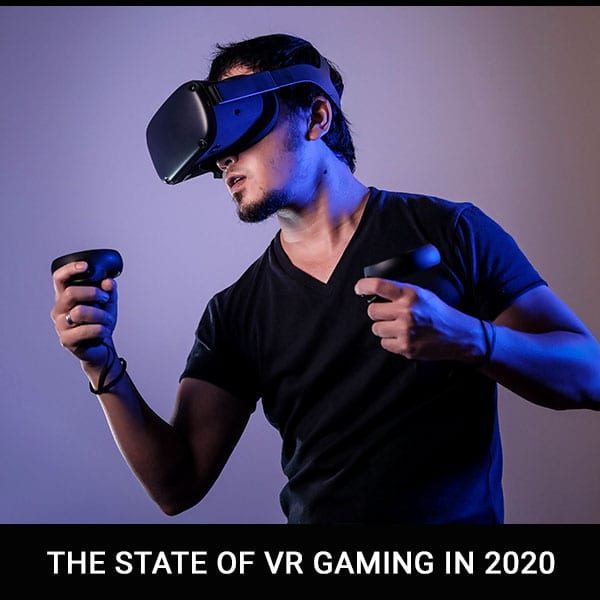 Gone are the days when virtual reality and augmented reality were considered the future of gaming. Now, in 2020, VR gaming, as well as AR, are accessible to anybody with a budget that’s generous enough to get their hands on the required equipment. However, there are quite a few reasons why we can say that, despite the initial hype, VR hasn’t yet lived up to its potential, while AR was the one that managed to break through, thanks to some mobile hits, like Pokemon Go, among others.

Still, back to VR gaming, how are things going for it right now? Let’s take a few moments and discuss its current state!

Can VR be considered mainstream?

Again, there’s still a lot to see from VR, gaming included, but one thing can’t be questioned: 2019 was its best year so far. According to a recent study, a 41% rise in VR game sales was registered, as well as a 4% rise in VR headset sales, compared to 2018. And even though, at first, 4%, doesn’t sound that impressive, after analyzing the data deeper indicates that one of VR’s biggest problems, accessibility, is on its way to not be a problem anymore.

Technically speaking, VR gaming is not yet mainstream. But it’s clearly on the right path and we’re looking further to seeing what the remaining months of 2020 will bring!

How can VR’s full potential be unlocked?

There’s no secret that a complete VR gaming rig can be expensive. On the other hand, there are numerous VR arcades, where you can play some amazing titles, with the best possible gadgets at a pocket-friendly price. Still, such places are not yet widely available. Because yes, making virtual reality gaming more accessible could play an important role in unlocking its true potential.

Besides this, there’s also the lack of multiplayer in VR gaming. Hey, you must agree with us: nothing beats local multiplayer, with your friends, in the same room. And this is something VR is still not able to grasp.

As a side note, there are locations in which VR gaming, motion-capture technology, and haptic bodysuits are combined, resulting in an immersive, 4D experience which allows groups to the same VR game in the same room. These places are just a few, though, but the experience itself is from another world, and having more locations like these can also play a big part in shaping the potential of VR gaming.

What’s next for VR gaming?

We’re already witnessing an evolution of gaming as we know it and it won’t be long until fully immersive gaming experiences will be accessible for everyone. But for the moment, many are considering VR a…fad. Mostly because having your gaming rig requires a pretty solid budget. If you ask us, as soon as the prices for putting together your own VR gaming battle station will eventually be lower, the fanbase will get bigger!

If you’re looking forward to experiencing the world of virtual reality, XGS VRCADE is the place to be!

Whether you’re just curious and want to try something new for a few minutes or are already a VR aficionado, you have top-notch gaming stations at your disposal, at accessible rates. And you know what makes these guys even cooler? They’re gamers at the core and had free vintage gaming sessions set up, while you are waiting for your turn!

What do you say, are you willing to give virtual reality a shot at XGS VRCADE?