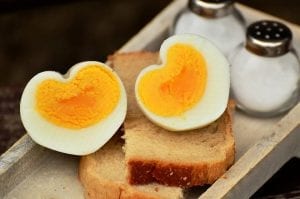 Cholesterol. The egg has been considered a symbol of life for centuries. Not without a reason – considering its composition, you can easily call it a miracle of nature. A full-blown protein, numerous vitamins and minerals, as well as omega-3 and omega-6 acids – this is a real health bomb. However, eggs for many years have been crossed out for a serious offense – contributing to raising the level of “bad” cholesterol. It was only recently, thanks to numerous scientific studies, that they began to emerge from the shadows and show their true, miraculous nature.

1. Cholesterol – the most important information
Everyone probably heard about cholesterol. Information is coming from all sides about its adverse impact on the body and contributing to cardiovascular disease. Until quite recently, doctors, dieticians and other specialists have warned about products rich in cholesterol, including eggs, ordering their maximum elimination from the diet. Today things are (luckily) somewhat different.

Cholesterol is a substance that occurs in every cell of our body, so it is not difficult to conclude that it is necessary for our health and life. It performs a number of functions – it helps in the formation of vitamin D, bile acids, as well as sex hormones. Its transport in the body takes place with the help of lipoproteins (proteins) and because of this cholesterol divided into two fractions:

– LDL – referred to as “bad” cholesterol, which in this form is transported to the cells of our body, where it is used in the right way (e.g. for the production of hormones); unfortunately, it is also delivered to the cells of blood vessels, where – if it is too much – it begins to accumulate in the arteries, becoming the most important cause of atherosclerosis;

– HDL – the so-called “good” cholesterol, is designed to purify cells from its excess, transporting it to the liver, which in turn protects against the formation of atherosclerotic plaque.

For many years, there was a belief that the rich in this substance is responsible for the increase in cholesterol in the body. Today, thanks to numerous studies, it has been shown that cholesterol of digestive origin plays a small role, because from this source it is in our body only 20-30%, while in as much as 70-80% it is produced by our liver.

Does this mean that the diet is not important? No! Lipid disorders (including inadequate levels of HDL and LDL) result from an unhealthy lifestyle – a diet rich in saturated and trans fats, and one that is low in acids and polyunsaturated, consuming highly processed products, alcohol and cigarettes, as well as the lack of physical activity.

2. Unfavorable effect of eggs on cholesterol – a myth of all time
In the consciousness of the average person, cholesterol occurs only under the wrong form – in the end, on each side they are alarmed by its negative effects, resulting in diseases of the circulatory system. From the information published in the press or on the internet, we only learn that cholesterol must be scared, and at the same time with the help of “medication” from the ubiquitous advertisements, guaranteeing effective fight with this substance. No wonder that cholesterol is associated with non-safety.

At the same time, doctors and dieticians have begun to warn about cholesterol-rich foods. There are rumors that this kind of phobia against cholesterol has been widespread by the pharmaceutical industry in the 1960s in order to make the best sale of anticholesterol preparations. It is difficult to say how much truth is involved, but one thing is certain – the egg appeared on the list of “forbidden products” and even today, when numerous scientific studies confirm his pro-health activity, we still often approach him with reserve, eliminating him for safety from his diet. 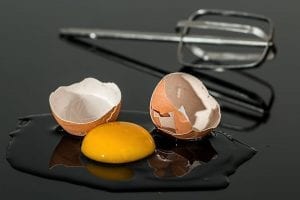 3. Eggs and truth proved by scientific research
Fortunately, many scientists have focused on the subject of cholesterol and the influence of products rich in it on its level in the body. The results of this research cast a completely different light, showing that eggs – so far our enemy No. 1 – are a real “miracle of nature”. In order to be able to fully understand their health-promoting activities and convince them to consume them, it is worth analyzing the composition of the egg. Among the myriad of nutrients the most important in the egg are:

As you can see, the egg is an extraordinary blend of all substances needed for our body to function properly. Their amount means that many specialists define eggs as nutraceuticals, ie products that perform functions that are not only pro-healthy, but even curative. After years of discrimination and severe criticism, the eggs were finally appreciated. And given the ever-newer discoveries of scientists, you can suspect that this is not their last word yet.