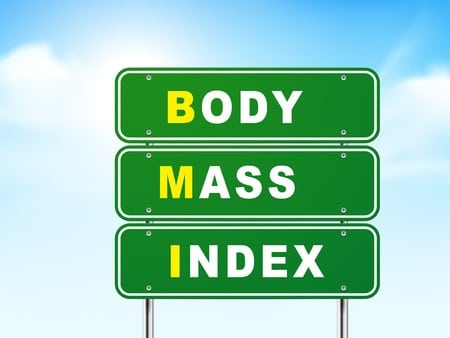 The BMI indexing scale for long has served as a standard marker for determining and establishing whether an individual belongs to ‘normal weight’ category or is overweight. Nevertheless, various studies have been carried out on the efficacy of the BMI scale in pinpointing one’s health condition, and the results startled the researchers and health experts. For instance, according to one study executed in 2015, researchers and scientists observed that patients diagnosed with colorectal cancer and having a BMI index over 25 outlived those with BMIs below 25. As per another study carried out in 2011, patients with BMIs ranging between 26 and 29 who underwent surgeries had a better possibility of surviving than individuals with BMIs of 23 or below.

The BMI tool which helps in quantifying abdominal or visceral fat, is not always the perfect indicator of an individual’s actual state of health. This assertion established by recent studies quite surprisingly indicates that persons categorized as overweight by BMI scale may outlast those identified as having normal weight by the same index. As a matter of fact, individuals classed as obese as per the body mass index were most likely to survive in the next decade in comparison to people indexed as underweight or having balanced weight. Researchers poured over data on approximately 4, 00,000 Americans in the age group of 50-71 during the trial which commenced in 1995. The study was carried on for the subsequent years until 2009 by which time some 1, 12,000 individuals had expired.

The findings revealed that the 26th mark was the perfect BMI amongst all other indices of those who were included in the trial when viewed from the perspective of health or lifespan. The BMI scale measures an individual’s weight and height and thereafter quantifies both the measurements as a ratio or proportion. In this context, someone with a BMI of 18.5 is regarded as underweight whereas somebody having a BMI in the range of 18.5-24.9 is classed as a person with a normal weight.  On the other hand, a rating between 25 and 29.9 would be considered as overweight and an index of 30 or above is regarded as obese.

The findings of the study were viewed as anomalous largely because the distinct categories of ‘underweight’, ‘overweight’ and ‘normal weight’ grouped people whose BMIs were at extreme variance to each other. Howard Karloff one of the researchers in the study group was of the opinion that the mean variation in body weight between and amongst individuals should not exceed 20%. The researchers through the study intended to find out the exact correlation between an individual’s BMI and his or her mortality risk. However, for the study the individual BMI values were taken into consideration instead of the categorical classifications of overweight, normal weight and underweight.

And for everyone under the scanner, several factors that could have an impact on his or her mortality including education level, age, marital status, and alcohol consumption were also considered. Based on the assessment of these variables, the experts determined everybody’s ‘personalized BMI’ which were then collated for linking with death risk for every specific person. The results increasingly evidenced that the most perfect BMI of an individual depended on his or her features which in turn were influenced by one’s lifestyle habits.

BMI then ultimately is an index or measure of one’s obesity that cannot be directly or necessarily associated with the risk of dying or suffering from a disease.