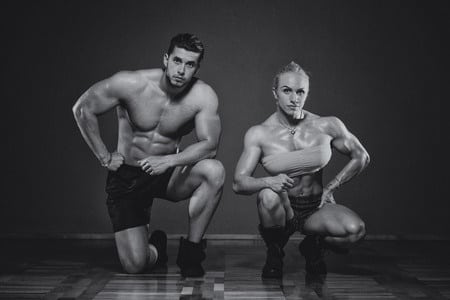 Today’s society is becoming more and more health conscious. Unfortunately, for many serious bodybuilders out there and Hulk look-alikes, pumping massive iron is slowing becoming a thing of the past. In fact, some people might speculate that bodybuilding is more dangerous than it serves practical purpose to weight loss or being ‘healthier’. For example, negative side effects from stimulants, injury, and a deprivation of social interactions due to overtraining or spending more time in the gym (commonly alone) than necessary.

While there are plenty positions for bodybuilders in gyms, some beach-reality TV shows, and maybe at GNC, the options are seemingly becoming smaller and smaller as time passes. That is, because in the movies now CGI becomes the newest technology and might of graphically displayed strength, and the stigma of guys who use steroids being associated with people who have big ‘guns’ seems to only continue to grow.

A common reason that people might grow big muscles is to feel better about themselves, and to be admired by others. But some of the most ‘admired’ guys for their looks and health are not so big, buff, and veiny. For example, popular Baseball player Derek Jeter, or even someone fantasy-like such as Spiderman being more of proportionate weight and muscle density. While there used to be a lot of Worlds Strongest Man TV shows and competitions, they seem to have minimized or been put onto the back burner of being shown only around 2am-4am when most people aren’t even watching TV.

Women aren’t in particularly known to be attracted to over veiny and muscular men. In fact, the seemingly ‘hottest bod’ trend to date seems to be based around men with more of a figure such as Leonardo DeCaprio, and less actors such as Dwayne “The Rock” Johnson who take bodybuilding to more of a competitive level. While the muscles and strength are intriguing to admire, they don’t seem to be as equally popular amongst women or beyond fellow (harmless) men admirers.

According to major health journals, being especially muscular and veiny isn’t necessarily a guarantee to being healthier. In fact, bodybuilding excessively can cause unwanted injury, ‘deflation’ (think create and ‘water muscle’), and can even cause high blood pressure, heart problems, and diabetes due to the unhealthy ingredients and nutritional habits of individuals using overpowering pre-workout supplements and the likes.

American Culture wants someone, an actor, a leader such as the president, and a mentor to be the likes comparable to someone you can actually kick back and have a beer with, or play a game of basketball, not spot for a 900lb bench-press, or stand on their back for ‘insane pushups’. Look at Arnold Schwarzenegger for example, although popular in movies, being less popular in politics. It’s unlikely that the government and society would elect him into Presidential Office any time soon. For instance, his posture, size, and history may very well make other Americans self-conscious about their own figures, performance, or capabilities.

Lastly, consider this physical dynamic and reality. Just as an 80-year-old woman can pick up and throw a rock pebble, yet as could a 24 year old body builder. Yes, just as the average 80 year old woman cannot pull a 15-ton car, nor can a 24 year old bodybuilder. Some, might argue then in essence, that there’s really not ‘that much’ of a strength difference or advantage amongst bodybuilders and ‘everyday’ people, as there are strengths and powers much greater than human-beings in the world and pumping iron is just simply that; pumping iron and promoting muscular growth.