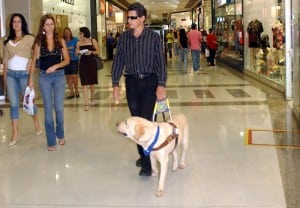 After years of research and studies, scientists and researchers are on the verge of coming up with some technology that can provide a cure for blindness. Over the past three to five years, engineers and doctors have made outstanding progress by inventing three new option of treatment for specific blindness types. The ophthalmology equipments invented include:

The Argus II has been approved by FDA in the month of February, 2013. This bionic eye has the capability to cure blindness among nearly fifteen thousand people all across the U.S. The ophthalmology equipment consists of different pieces that are required for the working of the whole system which includes eyeglasses. However, the system can only work on blindness which has been caused by retina damage or blindness that has resulted from retina. The system is capable of showing only edges and outlines which help with better movement of vision than before. Although, total cure for blindness is still not available and may take years but, the inception of this device along with other devices have certainly paved the way for a future where people with blindness will no more be left in the darkness. The system comes with a big price tag which can range from $ 115,000 to $ 150,000along with additional surgery cost as well as training for using the ophthalmology equipment.

Alpha IMS is another bionic eye which is presently within its testing phases. The implantation of the system happens within the eye and consists of connectors that are placed within the skull. Apart from that, an adjuster is also installed right at the back of the ear for adjustments related to brightness. This ophthalmology system is less useful for the blind population as it can function only for blindness related to light detection. Argus II consists of sixty electrodes whereas Alpha IMS consists of 1500 electrodes. The initial clinical trials carried out with Alpha IMS proved to be quite successful where 8 of the 9 patients reported that they are able to detect small objects, mouth shapes colours of wine in a glass as well as signs on doors. The price of this system is almost the same as that of Argus II. Even though, Alpha IMS and Argus II have the same fundamental workings but, Alpha IMS is considered as the most appropriate bionic appropriate bionic eye as the resolution offered by the system is much better as compared to Argus II. These ophthalmology systems help with damaged parts replacement within the retina with the assistance of microchip capable of producing electrical signals which can be translated by the brain. Both these systems are considered as the stepping-stones towards a future where blindness can be easily cured.

This is the latest system developed to cure blindness by implanting a tiny telescope within the eye. Like, some of the other systems discussed here, this system is not meant to be a cure all types of blindness and will work only on blindness resulting from macular degeneration. However, it can still be considered as significant achievement towards finding a cure for blindness. The best part about this system is its price which is way less than the 2 systems discussed here. The system is available at a price of $ 15,000 and has been developed by CentraSight. The company has stated that this system is not meant for curing AMD and does not help patients to regain their eyesight. It has been clearly pointed out by the manufacturer that even though, distance and near vision of a person will improve but, driving will be next to impossible as restoration of normal vision with not happen.

The telescope used in the system is more or less equal to the size of a pea and makes use of micro-optical technology for image magnification. Images produced are projected onto healthy part of retina which has still not been affected. This helps the patients to get a central vision of the object of interest. People affected with AMD usually have central blind spot which makes it impossible or difficult for them to view faces, watch TV, read, prepare meals and take proper self-care. This system helps with improvement of quality of life as it allows patients to have views of things which are crucial for them and also increases their independence. They can engage in different day to day activities as well as be part of social gatherings. Although, the device is not meant for restoration of vision but, it certainly offers patients with a new ray of hope. In order to qualify for the implant there are certain criteria which needs to be met by the patient. It is only after proper evaluation, that the patient gets a ‘green’ signal from the doctor.

Author: Igor Bubis is an avid blogger from Clearwater Beach, FL with 5+ years of experience in social media and blogging. He is focusing on various topics of information technology, alternative health, medicine, sport, home improvement, photography and art.