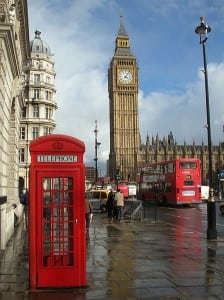 Human rights law has a huge impact on the provision of healthcare for people with mental health problems. These people can face a huge number of human rights violations, including unhygienic and inhuman living conditions, and negligent, degrading and dangerous care and treatment. Human rights violations of mentally-ill people can continue outside of healthcare settings, affecting them in areas such as employment, housing and education.

This means that the Mental Health Act 1983, which allows for the compulsory detention and treatment of people with mental disorders under certain circumstances, must be interpreted to adhere to human rights law. If courts decide that part of the Act cannot adhere to these laws, they will make a Declaration of Incompatibility, which tells Parliament that the Act needs to be amended. The transformative effect of the ECHR for mental healthcare is evident through the fact that more Declarations of Incompatibility have been made regarding mental health laws than have been made for any other section of law.

The UK Appeal court declared in 2001 that the Mental Health Act 1983 sections 72 and 73 were not compatible with Article 5 (1) and 5 (4) of the ECHR, and as a result of this decision, it is no longer necessary for people to prove they no longer suffer from a mental health problem that necessitates continued detention when they have been detained in hospital and wish to discharge themselves. The government amended the Act to state that hospitals now have to prove a person should remain in detention.

Former Lord Justice of Appeal Stanley Burton decided in 2002 that the Mental Health Act 1983 Section 74 was not compatible with Article 5 (4) of the ECHR, determining that discretionary life prisoners who had already served the penal aspect of their sentence should not have to depend on the Home Secretary’s discretion when attempting to access a court to challenge their detention. This legislation was amended through the Criminal Justice Act 2003, section 295, which allows people detained in this manner to make an application to the Parole Board.

A patient who lived in a hostel but was liable for detention under the Mental Health Act 1983 had her abusive father designated as her ‘nearest relative’ as a result of Section 26 of the Act. In 2003, Lord Justice Maurice Kay made a Declaration of Incompatibility regarding sections 26 and 29, stating these were incompatible with Article 8 of the ECHR, which provides people with the right to respect for their family, private life, home and correspondence. This was amended through the Mental Health Act 2007.

However, there are still no provisions to enable patients to determine who can be their nearest relative and they still cannot apply for a different nearest relative. As this still breaches the ECHR, the government has indicated it will look into amending this area of health law in the future.

Author Bio: Carol Smith works alongside a team of http://www.clearwatersolicitors.co.uk/personal-injury/ personal injury compensation solicitors in Burnley to advise and assist them in matters relating to health law. She comes from a family of mental health professionals and the subject of mental healthcare is very close to her heart. She lives in Rochdale with her family and her cat.