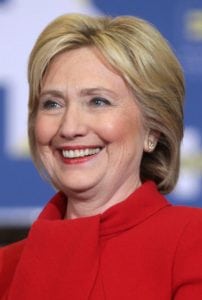 It’s by no means “new” news, but the case of Hillary Clinton and her continued unwillingness to seemingly cooperate with authorities and take responsibility for her actions in using a private server and email for work is. Whether or not Hillary Clinton violated any federal laws by using her private email for work will heavily weigh on the federal court’s decisions, along with the FBI’s discoveries and other federal agency involvement. Much like a certain “Clinton” did in the past, “pleading the fifth amendment” appears to be a common trend. While it has been confirmed that confidential, classified, and “Secret” wires and documents were sent, received, and shared on Hillary Clinton’s private email server, public access, and verification has been understandably limited. Collaboration by the U.S. government will likely be limited also in the tone it sets publicly, and how it elaborates on what exactly Clinton shared, received, and the ways which she did or did not put our country’s national security at risk.

According to Judicial Watch President Tom Fitton of the right-wing organization, Clinton is once again flexing her muscles and ability to side-step the law. Unsurprisingly, even left-wing organizations and democratic followers and supporters want answers as well. Regardless of political party, this behavior is seriously concerning – especially since Hillary Clinton is currently running for, and may very well be the next U.S. President.

In the latest judicial hearings, Clinton again unsurprisingly attempts to exclude herself from knowledge and liability with regards to her lawyers and any other ‘conspirators’ which were elected to and responsible for clearing her private server, email accounts, and a suspected more than 38,000 potentially incriminating and national security-jeopardizing cables. Clinton or “her lawyers” relied on a service by the name of BleachBit which is by no means an amateur provider that goes into your private email server and presumably, permanently deletes any and all data. To add to suspicious, this is a very advanced, technical service and likely “re-encrypts” empty files or permanently removes any lingering, suspicious content left on the server.

This is a very concerning attempt to arguably remove from the government and public eyes any serious evidence pertaining to this case. Worse, this entire case has the potential to set a new precedent in the United States which more or less arguably says to the people “if you are of power or rich, you may do as you please and use political connections and money to avert responsibility for (not to exclude) breaking the law”.

Clinton was anything but enthusiastic at her most recent hearing, and the majority of her responses – presumably at the recommendation of her attorneys – consisted of “I do not recall”, uncertainty, and a consistent willingness to actually blame her lawyers, previous employees, and even the government for the situation. As long as this entire case and investigation have existed, Clinton’s most viable defense appears to be a weak-witted justification that running and using her own private email server was more “convenient” for her, which is why she claims she did it.

Whether or not Clinton will be held accountable for her actions is uncertain, and worse, how it – if at all – affects her campaign and eligibility to run as a presidential candidate is of equal interest. However, as it stands, it would appear as though the federal government has been and continues to be willing to look past this entire situation, continuing to allow her to run for president. This, from both an ethical and legal perspective, appears incompetent and impractical at best, and at worst demonstrates some prevalent presence of corruption and bribery, along with blatant neglect of our country’s military secrets and political strategies. This, done by the same person which is being considered and voted for to run our country.