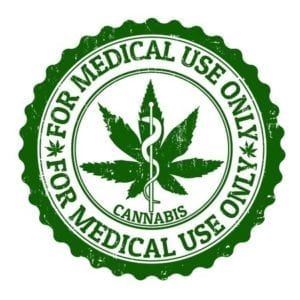 Thought California or perhaps just the Western states were going to legalize and encourage users with medical conditions to hop on the Marijuana-wagon? Think again. As of recently, the Pennsylvania house of representatives have come up with an elaborate bill, known as Senate Bill 3, which in essence states, claims, and reinforces the passing of the legalization of medical Marijuana for a broad array of medical conditions—most classifiable labeled as “severe” in nature.

From HIV/AIDS, to PTSD, to MS (Multiple Sclerosis), there appears to be a wide range of various medical conditions that would make it quite a simple process and benefit users who are prescribed medical marijuana throughout the state of Pennsylvania to obtain medical Marijuana in the form of tinctures, liquid (oil), and other forms of extracted-THC, outside of combustible-designed Marijuana that many may have been hoping for in lieu of such a route of administration (ROA). However, with Marijuana oil, or THC oil, it can be quite simple to then just vaporize the product for medical purposes and still feel similar effects in some cases.

While many people in Pennsylvania, especially those in large cities such as Philadelphia, fear the results from legalizing medical Marijuana—especially for so many health conditions—the government, and even governor Tom Wolf appear rather confident that continued law enforcement, restrictions, and penalties would stand just as—if not stronger—than they have in the past against anyone misusing medical marijuana, for example in the form of driving while intoxicated. Likewise, it will still remain illegal to transport—especially with the intent to sell, or bagged up—and consume in public, among a multitude of other current laws that are by no means expected to change for any related-reason.

There are plenty critics of medical Marijuana—especially those that continue to claim it is a “gateway drug”. However, even under the assumption that Marijuana does indeed have the propensity to become a so-called “gateway drug”, those that pursue usage of the drug for medical conditions, specifically those undergoing cancer-radiation treatment for example, have much more to worry about and greater pains to consider than any caused—or addictions—by medical Marijuana. However, considering the constraints of this pending law, Senate Bill 3, it outlines that those who are prescribed medical Marijuana have exhausted all other routes, and do not react to opiate treatment. This is concerning in of itself, and arguably in one way or another sets Marijuana up against opiods, as an example of gauging or measurement, and in turn implies that perhaps Marijuana (medical or not) is indeed more powerful or dangerous than opiods. So, this is indeed a dynamic situation that both supporters and critics have their eyes on closely.

Ultimately, medical Marijuana—as it has in at least 24 other states—demonstrates it’s true value to improve health, make life more sustainable for the critically ill, and even—according to some professionals and research—improve extreme psychological conditions, such as PTSD (post-traumatic stress disorder). In the end, what’s good for one person’s health isn’t necessarily good for the next. This is why special certification is required by the Department of Health for each and every prospective medical practitioner that wishes to qualify to possess the ability to write prescriptions for medical marijuana.

Author Bio: Tony Rolland is an author of many articles on alternative medicine, fitness and well-being.