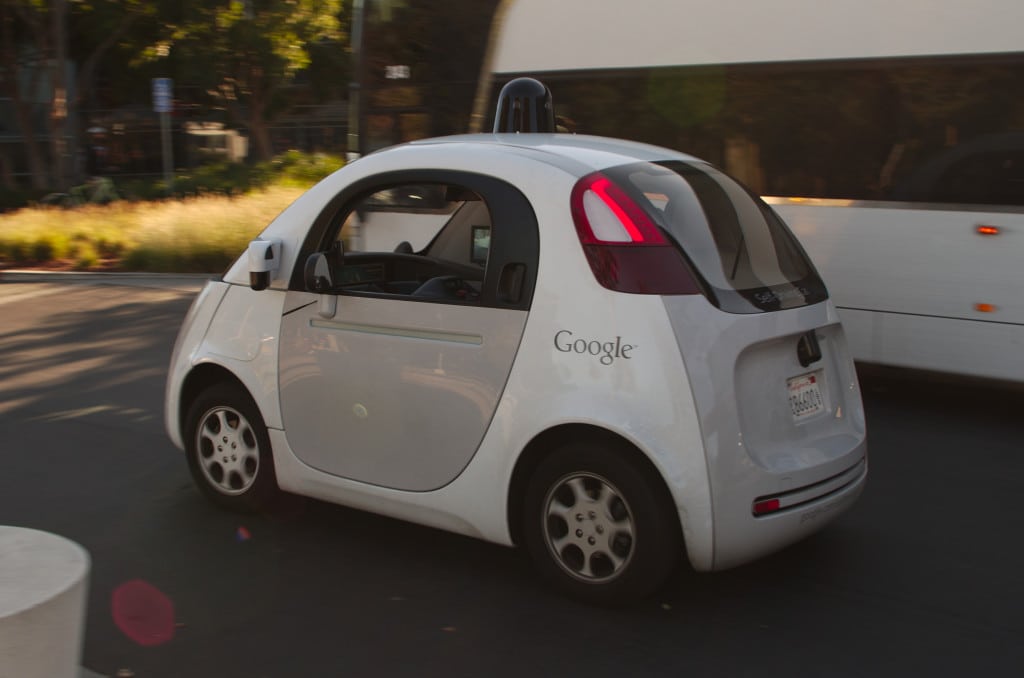 Google’s growing revolutionary technology of the google car is evolving daily, unbeknownst to many. That is, as Google has predominantly had a focus on testing it’s ‘driverless’ vehicle on the West Coast, where it has a stronger, local reputation and the laws are a bit more ‘lax’ with such ideas and technology.

While the google car can only go up to 25MPH for safety reasons, it’s also an added touch that attempts to keep the car from being ‘intimidating’ on the road to other drivers. The idea is to prevent any negative or ‘reckless’ stigma of organizational functionality and taking into consideration the safety of other (human) drivers.

Google cars are very small and compact and have a strong resemblance to the ‘smart cars’ that have been released in the recent past or ‘one-seaters’ that you might have seen being driven around by your neighbors. The evolution of more economical, safer driving vehicles and systems is seemingly on the horizon as Google continues to not only demonstrate it’s great technological solutions to safe, automated driving, but also continuously striving to meet the demands of environmentally friendly vehicles.

Recently, ironically enough, one of Google’s ‘driverless’ cars was pulled over in California for apparently ‘going too slow’. While this is one of few, if not the first time a police officer has engaged one of Google’s vehicles, suffice to say it was presumably let off with only a warning. Once the police officer verified and made sense of the situation, as well as talked to the accompanying ‘supervising operator’ of the vehicle on behalf of Google, the vehicle was released back onto the road.

To date, Google’s (self-driving) cars have apparently racked up over 1,000,000 ‘safe’ driving hours without incidents on record that have endangered the driver or any other persons or objects around it. This is very impressive, and arguably says a lot about the safety competency of human drivers, perhaps, versus automated ones. Google cars are recognizably unique, with its little trademark black light on top, and it’s customized and broad variety of different hand-chosen exterior paint designs and color-themes.

While the world questions the ‘freedom’ and purpose of self-driven vehicles, others (including legal professionals) ponder where their place might be in the future if all vehicles are self-driven and automated by electronic systems.  Although there is still much to be learned about self-driving cars, it was only but within the past year or so that car manufacturers began releasing vehicles that have completely automated self-parking, as well as emergency-braking systems. Human versus machine, which is greater, and more importantly, safer for our future?