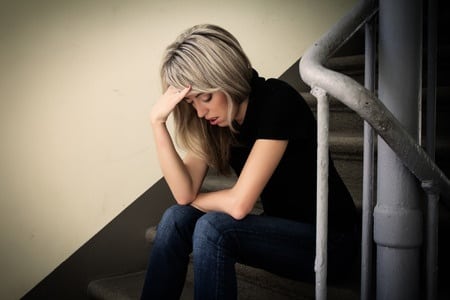 Researchers at the California Institute of Technology have recently discovered and experimented with the theory that serotonin, the natural ‘feel good’ chemicals that communicate with the brain, are over 90% developed in the gut. Ranging from osteoporosis to cardiovascular disease, serotonin also can improve health when properly increased or balanced.

Serotonin imbalances on the other hand can cause a multitude of medical conditions such as infections or an ability to fight such—since they dominate blood platelet delivery which aids the body in blood clotting after an external to internal physiological injury.

Mental illnesses caused by serotonin imbalance range from clinical depression, social anxiety, obsessive-compulsive disorder (OCD), and even addiction. Serotonin is responsible for disorders such as addiction because when we alter the levels of serotonin and dopamine (both feel good chemicals) in the brain with the usage of drugs, we in turn wind up craving those levels of sensations and euphoria all of the time.

Expert researchers and scientists discovered that the microbes and other bacteria in the gut communicate with the brain through the nervous system. Through recent tests conducted with mice, this theory was brought to life—says senior author Elaine Hsiao, research assistant professor of biology and biological engineering at Caltech. Hsiao also pointed out that the gut develops more than one specific bacterium to promote serotonin development and interactions with the nervous system. These include nerve cells (neurons), immune cells, and even enterochromaffin (EC) cells. Scientists show with mice experimentation that EC cells enhance the growth of serotonin.

In another test involving mice scientists used varying microbes and bacterium, with over 60% of the mice with enterochromaffin (EC) cell modifications or addition, they demonstrated a stronger probability to develop the most serotonin. Scientists further concluded that through adding and combining nearly 20 different microbes, that serotonin levels went up. The adding of these different microbes proved to enhance the metabolizing process for these mice, increased blood flow, improved overall health and energy—and even changed behavior improving the strengthening of platelets. This is a very interesting concept, considering Cancer patients are commonly depleted of platelets through chemotherapy and could potentially utilize such a development in science towards survival.

When taking into consideration the effects of drugs such as SSRIs (selective serotonin reuptake inhibitors), it’s important to keep in mind that desirables effects against disorders such as depression or anxiety may take longer than expected. Because of this, scientists and researchers continue to explore possible scientifically engineered solutions, such as with controlled bacterium, to deliver, remove, or otherwise modify the serotonin levels in the body and brain more efficiently for treatment and results.