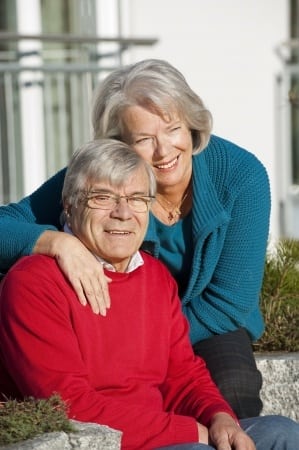 Both the old stigma, as well as some of the new of hearing aids are not good ones. Unfortunately, many people are hesitant to invest their money in, or request, let alone use hearing-aids due to discomfort, the “unfashionable” look, and the worry that others will judge them or look down on them as being ‘inept’.

Believe it or not, little more than 5 companies are in charge of the hearing aid production and distribution throughout America. With this being said, it not only poses the possibility of an unfair trade market (extremely expensive prices), but is also a reflection of the FDA and other regulatory organizations that arguably stop or slow down the production of new, more innovative hearing-aids for individuals. According to statistics, up to a quarter of individuals over 60, and nearly half of individuals 70 years of older suffer from some level of hearing loss or complete inability to hear through their ear(s). This is both a very frightening, as well as stressful statistic.

According to the President’s Council of Advisors on Science and Technology (PCAST), encouragement on behalf of the government as well as consumers are strongly attempting to push the FDA and FTC to allow new, open-source contributors or companies, as well as other international brands of hearing-aids to be accepted as fair-trade and for consumer sales online and through other outlets to Americans.

With its stylish like, comfy appearance it’s no wonder that a new hearing aid device designed and called Eargo is becoming a popular hit online. With its more affordable cost (“normal” hearing aids can cost nearly $4K USD), ability to be easily charged, comfortable and ‘squid-like’ tentacles to push sounds into your ears gently and softly, it’s no wonder it’s becoming a hit! A lot of people prefer to wear the ‘behind the ear’ hearing aid because they feel the one’s that go inside to be too invasive, and can actually negatively impact the sound of bass, as well as cause extreme audible discomfort at times. With the Eargo device however, this is not a dilemma anymore. The Eargo gently rests on your inner ear and is secured and gentle rests its main component on the outside of your ear as well (barely noticeable), pushing the sound into your ear through comfortable, soft bristle-like materials to relay sound into your ears.

In today’s society, hearing-loss is becoming a more common struggle, especially for baby boomers as they abusively (unknowingly to them) blast music into their ears at the club, or with their 10,000 BPM songs and over abuse of decibel levels in their car-blasting radios. Another example is all of our soldiers overseas or veterans coming home that have been exposed to extreme levels of sound such as explosions and gunfire. It is arguably the responsibility of the government, PCAST, to move forward and start taking more adequate steps to provide the American people with more affordable, practical solutions for hearing aids.

Otherwise, like many other services and products, with or without loopholes, it is likely that the average American consumer will just seek said device and technology elsewhere. Should such an instance occur, major manufacturing companies in the United States that produce and distribute hearing aid devices would experience a swift drop in sales and even bankruptcy should the American people abandon their faith and utilization of said (government approved or recommended) services and products—often directly recommended by an individual’s Medical Insurance or Doctor.