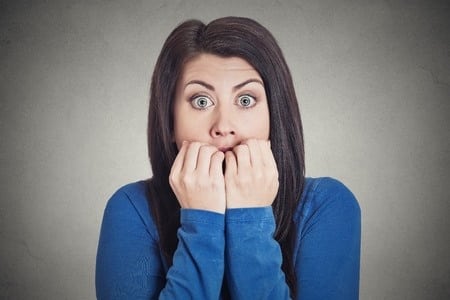 The usage of second-generation antidepressant drugs for the treatment of Anxiety is becoming more and more common. This is such a common practice for psychiatrists distributing the medications because they have found chemical compounds and (potentially bias) scientific results reflecting that one can be used for the other. The cross-usage of medications, psychotropic, antidepressants, and anxiety alike is by no means a new concept, nor one that is necessarily dangerous in all instances. Like Science, the human body–and Medicine–will always vary in terms of results and purpose per the individual, prospective mental illness(s), accompanying treatment, physical health, diet, and so forth.

A common trend, as well as obstacle, is what professionals and scholars alike will recognize as ‘Publication Bias’. This more or less concludes that the ways, in which test-trials and subjects are performed, are shared under very arguably bias pretenses when shared with the public. The fact that scientists, and trusted professionals alike are willing to accept this, especially we the taxpayers, is very concerning. That is, since major funding comes from taxpayers. Essentially, second-generation antidepressant drugs are being marketed for applications in a broad array of areas, increasing revenue for many major pharmaceutical companies, insurance-binding contracts, and the professionals and even scholars whom share or enforce them.

The value of second-generation antidepressant drugs for the treatment of anxiety disorder is very questionable, since the majority of test-studies, per recent Oregon State University research reflectively show that concerning levels of bias is present.

Likewise, peer-reviewed data is also bias in many of these major areas and drugs, leaving much room for speculation of health and safety of these drugs. Ranging from the value of if not less than a placebo, all the way to potential health risks and side effects, consumers should be aware and conduct thorough research into what exactly they are putting into their systems, accompanying medications, treatment and purpose. As quoted from an internationally respected department and sleuth of professors at the Oregon Heath & Science University College of Pharmacy, most of these drugs although commonly safe, do verifiably present potential health risks and long-term side effects not otherwise yet discovered or shared with consumers.

Scholars and research alike have reflected, via publications through the University of Groningen—see: professionals such as Ph.D Roest–that negative data is being suppressed, averted, and publicly hidden from consumers, and fellow researchers and professionals alike. This poses an obvious frightening factorization in the realistic benefits to downfalls of prescription medications, especially one’s so serious as to be relied on or utilized for the support and care of individuals whom suffer from anxiety disorder or other mental illnesses. While some may benefit from this, with opposite disorders such as the original purpose of a drug, such as Depression, it should be dually noted that this can cause risks and further complications, along with drug and alcohol usage, conflicting the effects of said drugs and treatment plans overall. This, not even to take into account the many risks associated with taking multiple medicines without proper measuring and monitoring such as regular checkups, blood work, and appropriate professional supervision.

Author Bio: Tony Rolland is working with Nexgen Biolabs, a global leader in the development of premier nutraceuticals and designer pharmacological supplements. He is an author of many articles concerning alternative health, medical conditions and sport medicine.