Scanning technology can be used for a variety of applications. However, scanning in super large objects like the Gulfstream II is next to impossible because it’s just too cumbersome. Typically, photogrammetry and long range scanners are used but they aren’t all that accurate. Now there’s a better way and that’s 3d scanning service.

EMS (http://www.ems-usa.com) provided the technology to an engineering company to scan in the outside of the Gulfstream II aircraft. The company needed to do this very quickly and they didn’t have 3D CAD data on hand. EMS got a contract with the company and the rest was history.

The project went well. Two engineers from EMS went to Arizona where the Gulfstream II was located and used their Surphaser 3D scanner. This device is capable of getting super detailed results at a high resolution. It’s a long range scanner and much better than other devices like this. It only took them a little over a day to scan in a full 80-foot aircraft. It scanned in at 260 x 270 degrees at 60 feet.

How this 3D scanning service works is actually quite simple. They placed the device on the floor and on scaffolding that could be moved around so they could scan both the top and the bottom of the aircraft at the same time. They then aligned all of the scans they took to make sure the 3D CAD model was lined up and correct.

Next, they went back to Florida and spent a couple of weeks modeling the aircraft using the scans as their starting point. They used RapidForm software to make a surface for the aircraft. Instead of a wireframe, the scan was turned into a full model. From there, they imported the CAD data into SolidWorks. 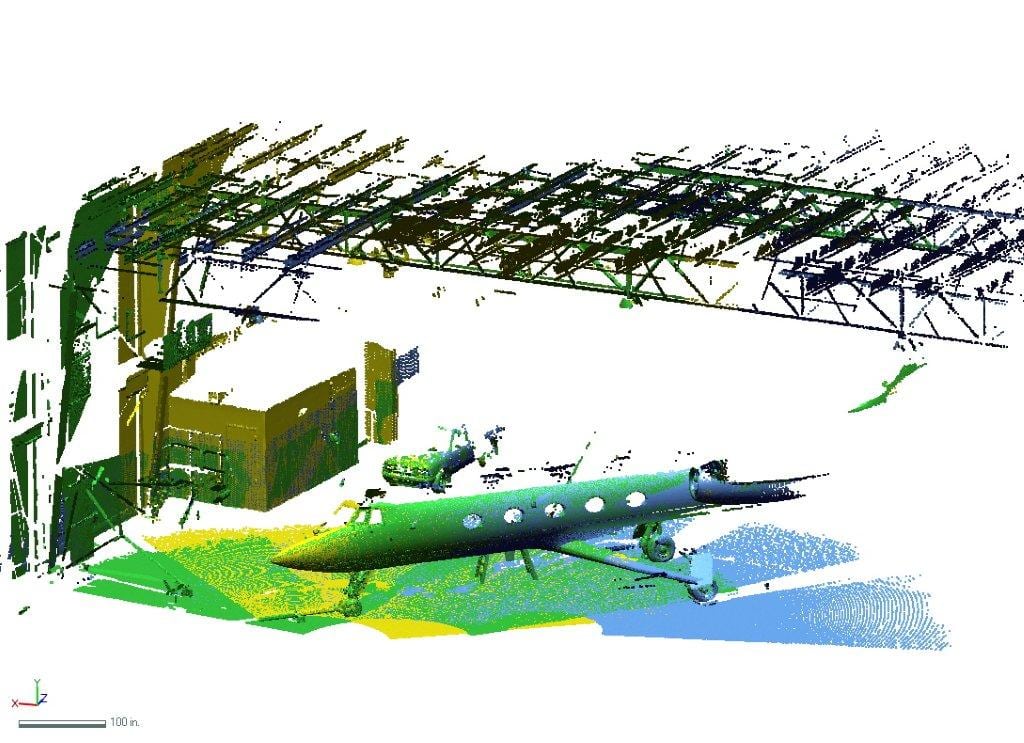 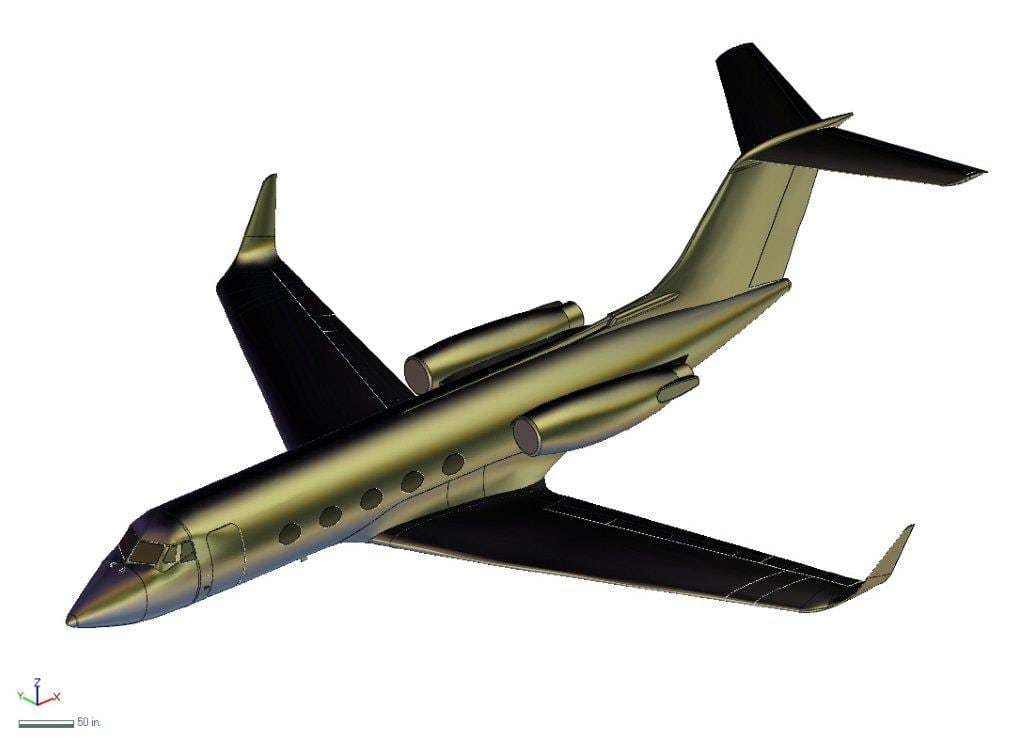 Once the initial scan was taken, the rest of the process was pretty straightforward. The engineers compiled the scan information and created a 3D CAD for the aircraft. The modeling process took just a fraction of the time it would have normally taken to complete this process by hand. It was really quite impressive and the client was very happy with the results.

Normally, it would take weeks to create 3D CAD data for something this large. But EMS used 3D scanning service to capture al of the information they needed quickly and easily. Capturing data for large objects has never been easier now thanks to this technology.